The turkey is done, most of the leftovers have been picked over and the tree is up. . .which means that my parents trek up to Nashville was successful. Oh and Wook is still alive, despite my dad’s threat of hurting him should he show attitude.

And with visions of a Pittsburgh win this Sunday, I am going to hit the hay. I am also going to dream of snow, a cozy fire and a couple of classic Christmas movies. Crap, I need to grab the pepper and head off the cat before he gets into the tree again. . .

How in the world is it Thanksgiving next week? Where did the time go? And is it possible that this next weekend not be in the 70s? I am beginning to get a complex when it comes to picking out clothes to wear each day.

Now I must go deal with my fantasy football team, I won this past week but I need to deal with some players going on bye this week as well as some players that are questionable. I also need to have a talk with my Steelers, I need them to beat the Ravens. I need them to go into the playoffs and not as a Wild Card. I also need to talk to Coach Freeze about Ole Miss needing to win so they can go bowling this year.

Clearly I have issues. . . I am also waiting for Bettman to throw greed to the side and get the NHL season going. I haven’t been to a game in forever and I always loved going when I lived here before.

I still take issue with Mel Gibson and his rants but I do enjoy watching What Women Want from time to time. I thought about that movie when I read a column last night in The Daily Mail UK. Tracey Cox, a columnist for the paper, has had a couple of interesting topics in the past week. The first one I read discussed the age old question; can men and women really be friends? while yesterday’s column was discussed what men wanted in women.

But let’s focus on the column Ms. Cox wrote . . . I have always been in the camp that believed most men wanted leggy model types. The reality shows us that the world isn’t overrun with model types but after years of watching movies, tv shows and perusing magazines we have forgotten this tidbit. Instead, we pluck, shave, highlight and diet 98% of our lives away. We strive to become these characters we watch and read forgetting that they have the help of a trainer, stylist, lots of money, lighting and the all important airbrushing.

Per Ms. Cox, several studies have been conducted to find out what it is exactly that men want in women. I was actually speechless when I read that most men are interested in the spark, an emotional connection instead of sexiness. I have been operating under the guise that it was looks first, then personality. While I will never be sexy (kind of hard when you look like you are 12 years old without makeup) my personality is kind of kick ass. Well, my personality works well with a guy’s guy. The bluntness and crassness seems to be polarizing to some guys but I won’t change my personality just to make them more comfortable.

It turns out that there are guys out there that want the nice girl. Of course if we were simply surveying the guys in my past the results would be different. I am completely honest about my penchant for bad boys. While I have grown up and moved on from that, it seems I still can’t pick a guy to save my life. Even when things *seem* perfect; the relationship ends, sometimes by my doing and sometimes their doing.

A blip on my relationship radar recently has reinforced that just maybe I am not meant to have that other half. He was a great friend, we spent a lot of time together just hanging out. As usual, I was the last to know that he might be interested. As Bubba put it, “Gee, I didn’t see that coming out of left field,”  dripping with sarcasm. Apparently everyone who knew us saw it coming, why no one clued me in on this little tidbit I will never know.

Unfortunately, just as quickly as it happened it ended. An ex-girlfriend came back into the picture and he went running back. Of course, there is a lot more to the story but I will refrain. I had heard a lot about their relationship from him and I likened it to the one I had with Bubba. A drama filled, roller coaster relationship where each person brought out the worst in the other with a lot of the past times that were once good thrown in for good measure. Needless to say, this knocked me on my ass and confirmed my thoughts on dating.

I guess the worst part has to be I was completely content being single when I moved back home. I was just so freakin’ happy to be back, with my circle of friends and everything that I loved that I didn’t really care about being single. I loved being around my guy friends, being myself (that kick ass personality that per the article stated men cared more about) that I didn’t care that nights out meant coming home to only a cat. None of that matter because I had forgotten what it was like to have someone around in that way. And really, what you don’t know is missing will not be missed.

We both shared there had been flashes of something *more* but he wanted to be completely done with his ex before moving forward. Me? I didn’t know what I was missing and I didn’t think he would be interested. He told me one night that it was over, he was done with the roller coaster; I took it in, not really knowing what to think or say. Then it happened and since we already knew each other’s story . . . we skipped that whole awkward beginning of a relationship. And I was happy, disgustingly happy. He was surprisingly open, kind, sweet and thoughtful. Sure, I knew what kind of guy he was before but when you cross the friend line, you see a whole other level.

Since I hadn’t seen this coming a mile away, I most definitely did not see what was coming next. The drama roller coaster came skidding up in front of him and he hopped right back on board. I was knocked down, just like Charlie Brown while trying to kick the football and lost a great guy and a friend. The real kick in the pants comes from my personal experience with the on again, off again relationship. I know that nothing I say will make a difference. He’s stubborn like me and will keep trying to shove that square peg into the round hole. I also see what my friends saw when I was going through this a million years ago. As a friend, I feel completely helpless because I can’t make him see reason. Actually, you do see reason, even agree with it but you keep waiting for the same effort to return a different result. Square peg, round hole.

As a more than a friend, I am heartbroken that this destroyed our friendship, I miss him and once again wish that none of it had happened. Now knowing how fun it was, how it just made sense and that it was actually very easy to cross that line makes me mad and disappointed in myself. I knew better but for once I had been completely willing to be open, no prying necessary.

So I did giggle when I started reading Ms. Cox’s columns . . . friends of the opposite sex can be friends but you both have to respect that the line is there for a reason, if you risk crossing that line, you have to be willing to sacrifice that friendship and while it has been assumed that you need to be perfect, men are just looking for what we are looking for. . . a nice person that you can connect with, have fun and be comfortable around. And here I have been so worried that I couldn’t pull off the sexy vibe.

And yes, I still wish that our mutual friends would have smacked me upside the head so I would have seen any and all of this coming. He was quite unexpected and I think that is what cuts the deepest. Good times. And probably by tomorrow, men will decide they want something totally different. I happen to think they are worse than women in some aspects.

This is going to be a bit different tonight. . .

My first presidential election was in 1992. Growing up in a small, very conservative town meant you were Republican. But then the age of MTV, where they did show videos more than reality shows, I promise, put together a town hall meeting with the candidates. Clinton’s campaign was based on a grass roots growth (I pink, puffy heart James Carvelle)  and was open to meeting with the youth of our country. Dole, not so much.

I took that as a hint that maybe I needed to dig a little deeper within the Democratic party. I voted for the candidate that agreed with my values. While I still believe that everyone has the right to own fire arms. . .I also believe in a woman having control of her body. I don’t think we should destroy what God has given us while looking for alternative fuel. There has to be a better way.

I took a lot of hell for my voting decisions when it came to my parents and normally, I try to avoid deep conversations when it comes to politics. It is what it is. The President isn’t the end all be all, that is why we have Senators and House Reps. The problem that seems to come up is the infighting from both sides. The prancing, the drawing lines daring someone to cross it.

There is a lot of work to be done to make this country great again. We need to focus on education, balancing the budget and work on meeting in the middle. We ask friends, coworkers, kids, parents, etc. to compromise. This is asked often, And it could be a silly reason, such as picking out a restaurant but I think the key to who ever comes out on top needs to have that come to Jesus meeting with the whole lot explaining that compromise is the way to go.

And just for the record, I took the test a few weeks ago, my top guy wasn’t Obama but an independent. Romney was dead last. My thoughts on this election cycle. . .I miss Bill. But I am looking forward to not seeing anymore ads on tv. Those got old.

For those that voted, thank you. It is a wonderful feeling to get out and vote.Whatever happens, we are all still Americans and we need to work together as one. 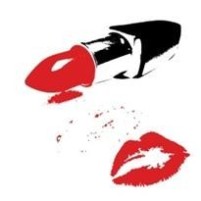 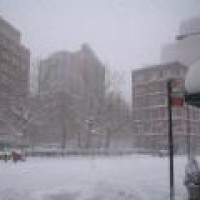 Raising Our Boys in the Queen City

One day, one prayer at a time!

Tales from the car rider line and other stories

A journey through DCIS Grade 3.

a place to capture our lovely insanity...

Becoming a more confident woman, one lesson at a time.

Finding the most difficult path since 1974

WordPress.com is the best place for your personal blog or business site.